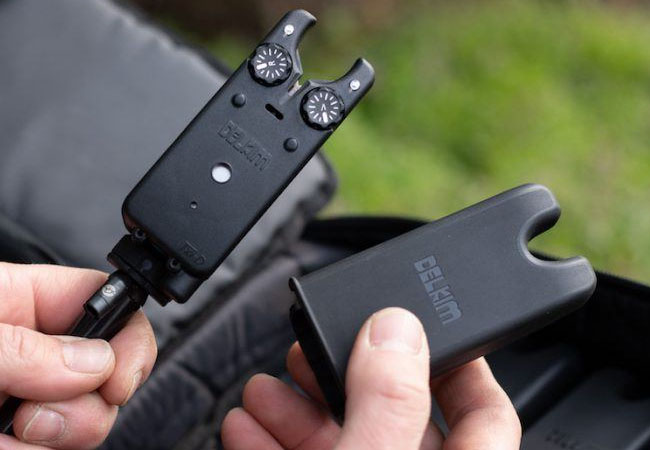 The Delkim TXi-D were one of the most hotly anticipated alarms over the past couple of years, they’ve now been out a while and have become a popular choice among carp anglers but are they actually worth buying?

On the hunt for some new bite alarms? Click here to see the updated article on the best bite alarms for carp fishing.

When Delkim first announced they would be releasing new bite alarms, reviews were mixed.

Anglers complained mainly about the looks, especially the RX-D receiver.

However, they’ve grown on me – especially since having a play, and learning about all the great new features that have gone into them.

So join me, as I review the brand new Delkim TXi-D alarms and RX-D receiver!

Drawing huge crowds, who were treated to a first glance at the Northern Angling Show, this is the first alarm Delkim have unveiled since 2006.

Slimmer, and full of features, they do take a while to get used to!

Gone is the familiar ‘Sensitivity’ mode, replaced by what Delkim have called ‘Response’ to reflect their vibration sensing technology.

Although radically smaller, the still give off the unmistaken Delkim look.

Slim, sleek and stylish, they’ve been designed to represent a more modern alarm.

Let’s move on to the new features!

A brand new feature, speed beep control does exactly as it sounds!

Offering eight speed levels, from a high response with slow beeps to a low response with ultra fast beeps – and everything inbetween.

A great feature that does require a little time to figure out what setting is needed, condition dependant.

Additional upgrades on the TXi’s is an improved weather protection to completely elminiate water and moisture, an extended power saving mode and more LED options.

This is called digital signal processing, which Delkim have been working hard on, to improve information from alarm to angler.

Features carried over include a IMU security movement sensor to prevent theft and the popular stealth LED mode.

Once you’ve found a setting to suit you, this can be stored into memory for next time.

Let’s include a video showcasing all the new features, to give you a better sense of how they work.

So, after reading through the brand new features of both the alarms, and receiver, and watching the video, I would like to know what you think of them?

Are you tempted enough to grab a set of Txi-D alarms?

Perhaps you’re happy with your current alarms, what ones are you using?

Let me know in the comments below.

This site uses Akismet to reduce spam. Learn how your comment data is processed.